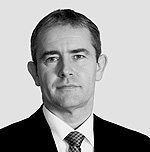 Tom is a Chartered Director and petroleum engineer with extensive energy sector experience, spanning projects in more than 20 countries. Tom was the founder and Chief Executive of Dana Petroleum plc through until its sale to the Korea National Oil Corporation in 2010. Prior to Dana, he held senior positions with Conoco, Thomson North Sea, Louisiana Land and Exploration and was Director of Engineering at the UK Petroleum Science and Technology Institute. Tom is a former Chairman of BRINDEX, the Association of British Independent Oil Companies, a former adviser to the BBC on energy affairs and a Fellow of the Institute of Directors. 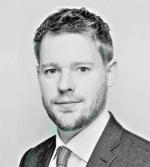 Ryan Stroulger has been a key member of Parkmead's management team since its foundation as an energy business in 2010. He served as Commercial Director of the Group prior to becoming Finance Director. Ryan has been responsible for identifying and driving forward numerous asset and corporate opportunities, such as the acquisitions of DEO Petroleum plc and Lochard Energy Group PLC. He is also responsible for all aspects of Parkmead's external financing, from strategic planning to successful execution. He is a member of the UK’s Institute of Directors (IoD) and was awarded the Corporate Finance Qualification by the Institute of Chartered Accountants in England and Wales (ICAEW). Ryan is also a Chartered Scientist and holds a Master’s degree in Petroleum Geoscience from the University of London. 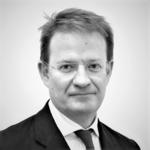 Robert has over 30 years of experience as a corporate adviser to a range of companies quoted on the London Stock Exchange AIM and Main Market, including a number of energy companies. He is currently a Director in the corporate advisory team at Shore Capital. His earlier career included roles as Head of Corporate at Stockdale Securities and Head of Corporate Finance at Canaccord Genuity. Robert is Chair of the Audit Committee and a member of the Remuneration Committee at Parkmead. 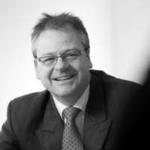 Colin has over 37 years of experience in commercial law and joined the Parkmead Board of Directors in May 2020 as a Non-Executive Director. His most recent role was as a Partner at Brodies LLP, a top 50 UK law firm and one of the largest in Scotland. Colin brings a wealth of experience to the Parkmead Board of Directors. His extensive legal and commercial knowledge, including across the land and property arena, will be valuable to Parkmead as we grow our portfolio beyond the oil and gas sector to include onshore renewable energies. Colin holds a LLB law degree from the University of Aberdeen.